The Apostle Paul had a mindset that Christians are wise to emulate (1 Corinthians 11:1). It included: Humility. Pride can’t exist in the heart of a believer who truly grasps God’s mercy. A sense of obligation. Paul understood how far God’s grace had brought him. Likewise, each one of us have been forgiven much. An awareness of dependence. Paul desired more of Jesus and none of himself (Philippians 3:4-8). A spirit of absolute confidence. Even at the end of Paul’s life, he remained confident in the Lord and looked forward to his eternal reward (2 Timothy 4:6-8). Praise the Lord for all He has done, and let it motivate you to work for His kingdom. May the grace He showers on you never be in vain (1 Corinthians 15:10).

Commentary from the In Touch devotional by Charles Stanley, May 26, 2022.

In Psalm 25, we see David praying for protection and guidance as he waits for God. We all know how difficult waiting is during times of illness, danger, trouble, or confusion. But God can use these situations to develop the virtues He desires in our lives.

Faith. The Lord’s ways are nothing like ours (Isaiah 55:8-9). His purposes are higher and eternal, whereas our desires are usually immediate and earthly. Even when we don’t understand why God delays, we can trust in His character and faithfulness, knowing He’ll do what’s best.

Humility. Since the Christian life is God-directed rather than self-directed, submission to whatever He ordains for us requires humility. For this reason, we must acknowledge that the Lord is our Master and we’re totally dependent on Him.

Patience. In Scripture, this word means “long-suffering” or “forbearance.” It’s spiritual fruit that the Holy Spirit produces in us as we wait and trust God to intervene at the right time (Galatians 5:22-23).

Are you willing to remain in your current position until the Lord acts on your behalf? Waiting on God isn’t passive or idle. It takes a determined focus on His wisdom, goodness, and faithfulness no matter how challenging a situation may seem.

Commentary from the Masterwork Bible study, Spring 2021, The Blessing of Humility by Jerry Bridges.

Jesus tells a story of a debt that was owed in Matthew 18:23-35, and forgiveness and unforgiveness. Essentially saying, that as often as you are sinned against, you are to forgive. In the story one man had a very large debt, ten thousand talents, which was forgiven-and which today equals about six billion dollars. Another man owed a small debt to the man that was forgiven his large debt, but the man would not forgive the debt and had the man that owed a small debt thrown into prison.

We are all ten-thousand-talent debtors to God. Not a day passes without each of us sinning many times in thought, word, deed, or motive.

Commentary from the Masterwork Bible Study, Spring 2021, The Blessing of Humility by Jerry Bridges.

Christians are to cast all of their discontent, discouragement, despair, and suffering on the Lord, and trust Him for knowing what He’s doing with their lives. Along with submission (v. 5) and humility (vv. 5,6), trust in God is the third attitude necessary for victorious Christian living.

Commentary from the MacArthur study Bible, notes for 1 Peter 5:7. 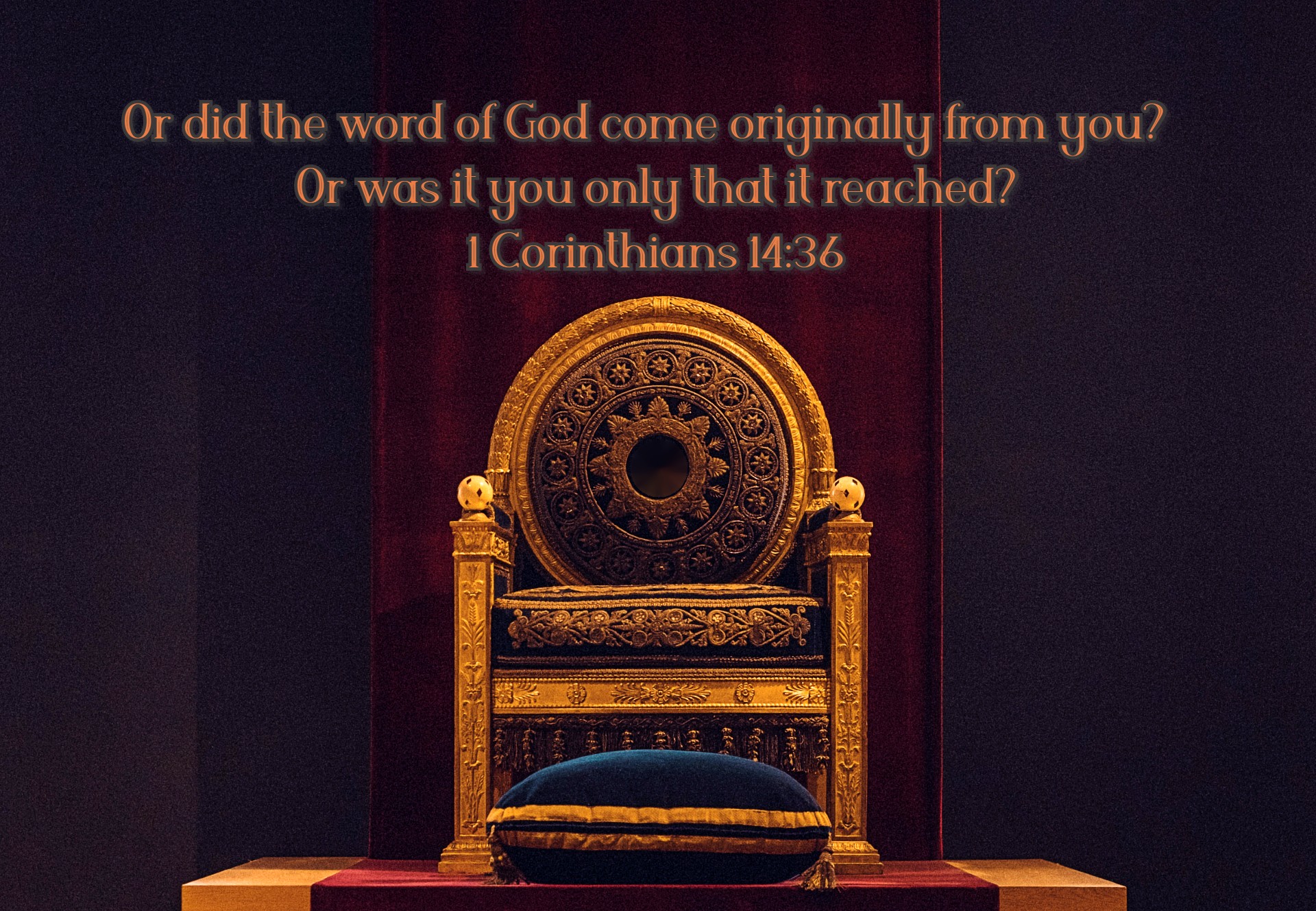 A not-so-subtle barb toward those in the early church who had no doubt about their self-ordained elevated status-they considered themselves to be highly spiritual.  But Paul attacked the basis of their claims and established a new criterion for proving oneself to be spiritual – love.

Commentary from, You Are Gifted, Bible study by Ken Hemphill. 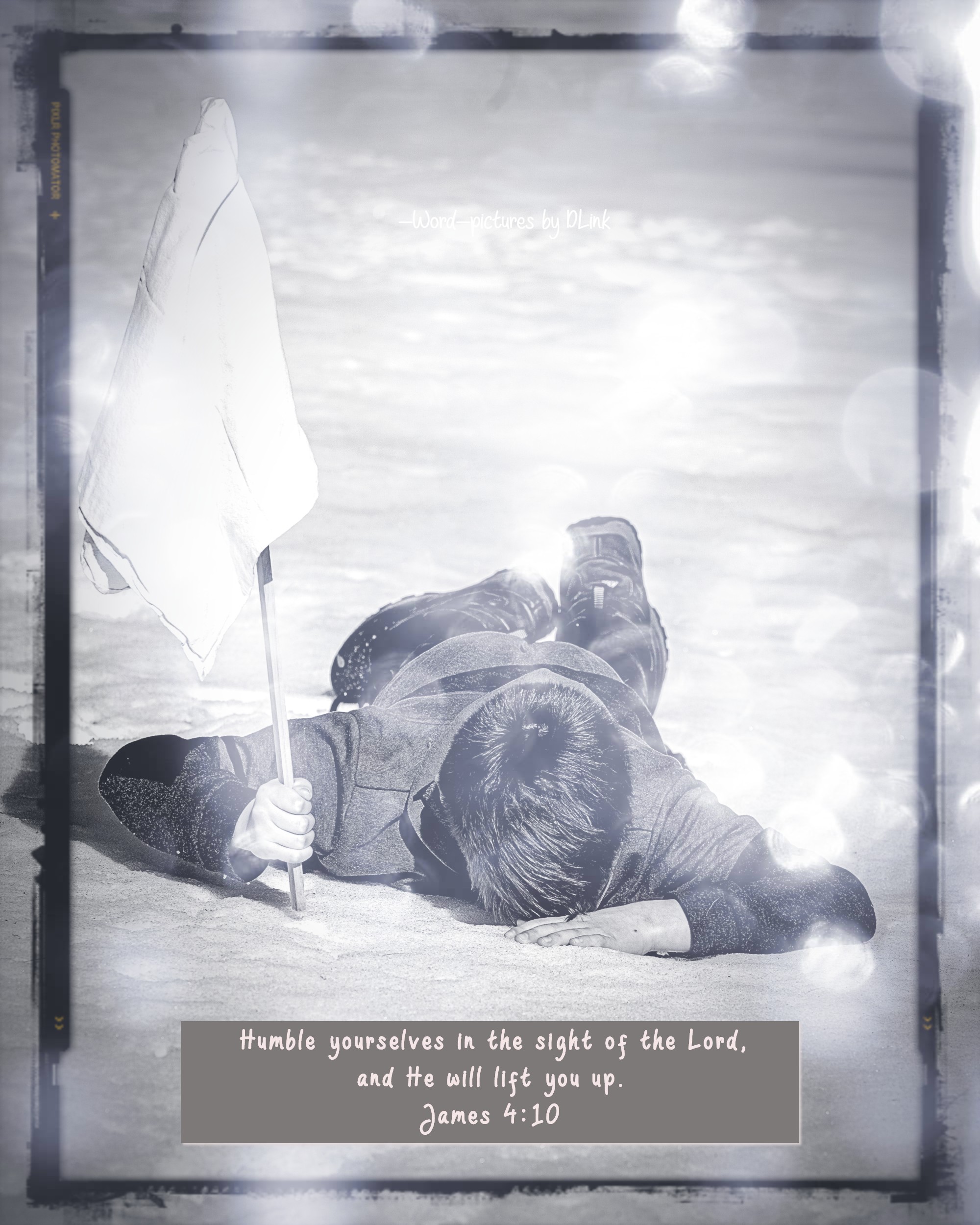 -James 4:1-10- We may find it hard to submit to Jesus because we like to be in charge.  This has been our problem since the beginning.  Adam and Eve ignored God’s warning and did what they wanted, which ended in disaster.  Like them, we at times prefer to ignore God’s wisdom.

But by giving control to God, we actually get to live a life where blessings overflow (John 10:10).  We’ll experience His love, which satisfies like no other.  Our usefulness in His service will be maximized as we operate in the Spirit’s power.  And obedience also brings glory to Him as well as blessings to us.  Surrender is the way to abundance.  Won’t you humble yourself and give it all to Jesus?

There is only One worthy of praise!

Through Christ and His provision of salvation, the believer is a victor (1 John 5:5) over the invisible system of demonic and human evil that Satan operates to capture men’s souls for hell.  Faith in Jesus Christ and dedication of one’s life to Him make one an overcomer.

Commentary from the MacArthur study Bible, notes for 1 John 5:4,5.